I don’t usually get political on my blog but I can’t help myself this time. As I think many of you know, America has been in this big gun regulation stalemate. Mass shootings keep occurring and Congress does nothing to stop it. And people would accept it until now. Now other teens like me are refusing to accept “thoughts and prayers” without any change, and are fighting for their lives.

I think the gun control debate is what awakened my political voice. I’ve always had opinions on politics, but never fired up enough to do anything. But seeing other teens lead the way is both inspiring and empowering. For the first time, I’ve attended rallies and walked out of school in support of my political views. I wrote all three of my representatives an impassioned letter pleading for gun control.

I’m a bit of a glutton for punishment, so I read all the comments on Facebook posts about this debate. And some are horrible and mean, telling us teens that we are too young to have a voice, too young to have formed these opinions by ourselves. We are actors, we are being paid to say the things we are saying. We are too busy with our phones and virtual realities to have any real opinions on the world around us. And to that I call bs. We have been born into a world where gun violence and mass shootings are a normality. I was born after Columbine, so I have never lived in a world where school shootings didn’t happen in America. I have memories of practicing lockdown drills from the age of five. I think about what I would do if I were to experience a school shooting. And this shouldn’t be normal. Not when there are easy fixes and solutions to the problems, solutions that shouldn’t even be political but for some reason are.

One good has come out of this debate, though. I see how truly empowered my generation is to make a change. When we want something, we will not take no for an answer. And unlike adults, we don’t think age is a barrier to succeeding. I witnessed eleven year olds deliver powerful speeches about demanding change. I witnessed a nine year old lead a 800,000 people crowd in a chant for progress. If we are old enough to be targets for gun violence, we are old enough to have a voice.

And I think that we believe this because of the pop culture we grew up on. We grew up on Harry Potter, the Hunger Games, Divergent. What do these books all have in common? Teenagers and children devoted making a change regardless of what others say. While this gun control debate awakened my voice, I always knew I had one because of the books I read and movies I watched. And so I think it is imperative to encourage teens and children to read books about other strong teens and children, and that age doesn’t matter in the fight for change.

This doesn’t have to be about gun control. This can be about any political issue you want. Or any non political issue. But we need to wake up and recognize the power we hold to progress society forward.

Trying to make sense of the horrors of World War II, Death relates the story of Liesel–a young German girl whose book-stealing and story-telling talents help sustain her family and the Jewish man they are hiding, as well as their neighbors.

Liesel truly finds her voice in this book. She goes from being illiterate to learning the power of words, and then to using these words for the better. This is one of my favorite books, and for good reason, but it can also be an inspiring story for teens everywhere.

Two teens lead a revolution against their government. Their team is made up of other teens. Truly a book about the power teens have in their society, if only they put their minds to it. 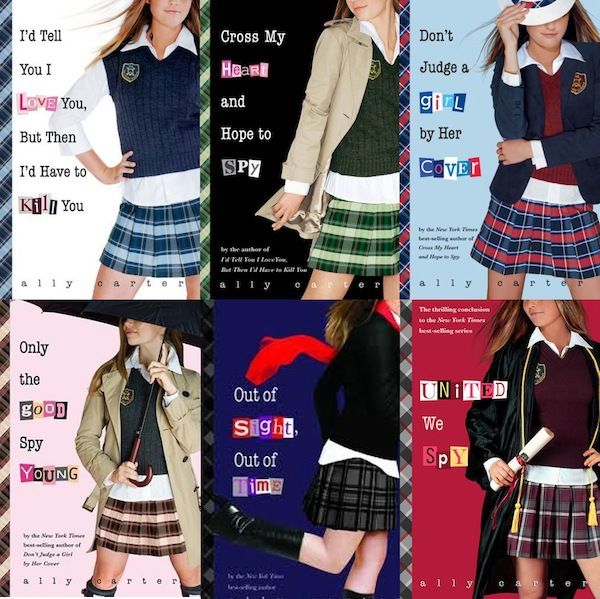 Hello, teenage girl spies who basically save the entire country???? Even after they are explicitly told many times “No, it is too dangerous, let the adults handle it”??????

Chock full of strong, independent teenagers who understand the importance of actions over words. And who will fight for what is right.

5. The Summer of Chasing Mermaids

The youngest of six talented sisters, Elyse d’Abreau was destined for stardom – until a boating accident took everything from her. Now, the most beautiful singer in Tobago can’t sing. She can’t even speak.

Seeking quiet solitude, Elyse accepts a friend’s invitation to Atargatis Cove. Named for the mythical first mermaid, the Oregon seaside town is everything Elyse’s home in the Caribbean isn’t: an ocean too cold for swimming, parties too tame for singing, and people too polite to pry – except for one.

Christian Kane is a notorious playboy – insolent, arrogant, and completely charming. He’s also the only person in Atargatis Cove who doesn’t treat Elyse like a glass statue. He challenges her to express herself, and he admires the way she treats his younger brother, Sebastian, who believes Elyse is the legendary mermaid come to life.

When Christian needs a first mate for the Cove’s high-stakes Pirate Regatta, Elyse reluctantly stows her fear of the sea and climbs aboard. The ocean isn’t the only thing making waves, though – swept up in Christian’s seductive tide and entranced by the Cove’s charms, Elyse begins to wonder if a life of solitude isn’t what she needs. But changing course again means facing her past. It means finding her inner voice. And scariest of all, it means opening her heart to a boy who’s best known for breaking them…

I’ve spoken about this beautiful masterpiece before, but basically it is about Eylse finding her inner voice after she loses her physical one.

Sixteen-year-old Starr Carter moves between two worlds: the poor neighborhood where she lives and the fancy suburban prep school she attends. The uneasy balance between these worlds is shattered when Starr witnesses the fatal shooting of her childhood best friend Khalil at the hands of a police officer. Khalil was unarmed.

Soon afterward, his death is a national headline. Some are calling him a thug, maybe even a drug dealer and a gangbanger. Protesters are taking to the streets in Khalil’s name. Some cops and the local drug lord try to intimidate Starr and her family. What everyone wants to know is: what really went down that night? And the only person alive who can answer that is Starr.

But what Starr does or does not say could upend her community. It could also endanger her life.

ALL about super awesome Starr finding out that her voice is powerful and demanding it be heard. Super relevant to today as well.

Two struggling teenagers find an unexpected connection just when they need it most.

Sometimes a new perspective is all that is needed to make sense of the world.

KIT: I don’t know why I decide not to sit with Annie and Violet at lunch. It feels like no one here gets what I’m going through. How could they? I don’t even understand.

DAVID: In the 622 days I’ve attended Mapleview High, Kit Lowell is the first person to sit at my lunch table. I mean, I’ve never once sat with someone until now. “So your dad is dead,” I say to Kit, because this is a fact I’ve recently learned about her.

When an unlikely friendship is sparked between relatively popular Kit Lowell and socially isolated David Drucker, everyone is surprised, most of all Kit and David. Kit appreciates David’s blunt honesty—in fact, she finds it bizarrely refreshing. David welcomes Kit’s attention and her inquisitive nature. When she asks for his help figuring out the how and why of her dad’s tragic car accident, David is all in. But neither of them can predict what they’ll find. Can their friendship survive the truth?

This isn’t explicitly about using your voice but Kit is very kind to David right from  the beginning and I think learns about the power of kind actions in the face of negative words. And David learns about standing up for himself. And it just kind of inspires you to be better and do better.

And of course, there are a ton that I haven’t read yet but still are empowering.

What books do you find empowering? Why do you think it is important for teens to find their voice?

32 thoughts on “Books to Help Teens Find Their Voice”